EDWARD F. COHN ATTORNEY AT LAW WILL COME TO YOUR DEFENSE 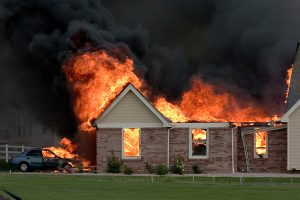 The television drama episode occasionally starts or ends with a fire, and a main component of the story line is “Who did it?” In real-life arson cases, however, that question is generally far from anyone’s mind. Arson cases require a certain attention to detail and a fine-toothed comb. Wondering who has both? Edward F. Cohn does.

Arson cases are rarely a question of “Who did it?” and are more of a question of how the fire started, what exacerbated the fire, and how the investigation was conducted. With each arson or suspected arson comes an investigation, often led by police or the fire marshal. That investigation generally includes photographic evidence, some physical evidence (if available), a written report, and findings concerning the cause of the fire, anything leading to its spread or demise, and if there were any witnesses to the event. That investigation could mean the difference between a family member or loved one being charged with a very serious crime and a fire being ruled an accident. To have just any attorney handling the case will not suffice. You need an Arson Attorney.

Edward F. Cohn and his Tucson, AZ firm are familiar with arson investigations. With his fifteen years of experience, Edward has reviewed hundreds, if not thousands, of investigative reports and findings. As an Arson Attorney, He is familiar with how an investigation should be conducted, and if there are deficiencies in it, how to litigate the case. He will file a suppression motion if necessary, or seek another independent investigation. He has been present for police interrogations and scene reviews and can tell if something is amiss or if procedures have been conducted appropriately.

Arson and related crimes are often offenses that carry harsh incarceration penalties. Perhaps even more daunting is the question of restitution and who is to make the victim whole again. For example, if a shed is burned and ruled as an arson, and the shed contains ten thousand dollars’ worth of tools and equipment, who is responsible for paying that? The victim’s insurance company may initially cover the cost of replacement, but the insurance company could also go after the perpetrator and seek restitution for the amount paid. Not just any attorney understands the issues concerning these delicate cases. Do not let a loved one’s future go up in flames; call Edward F. Cohn, an Arson Attorney.